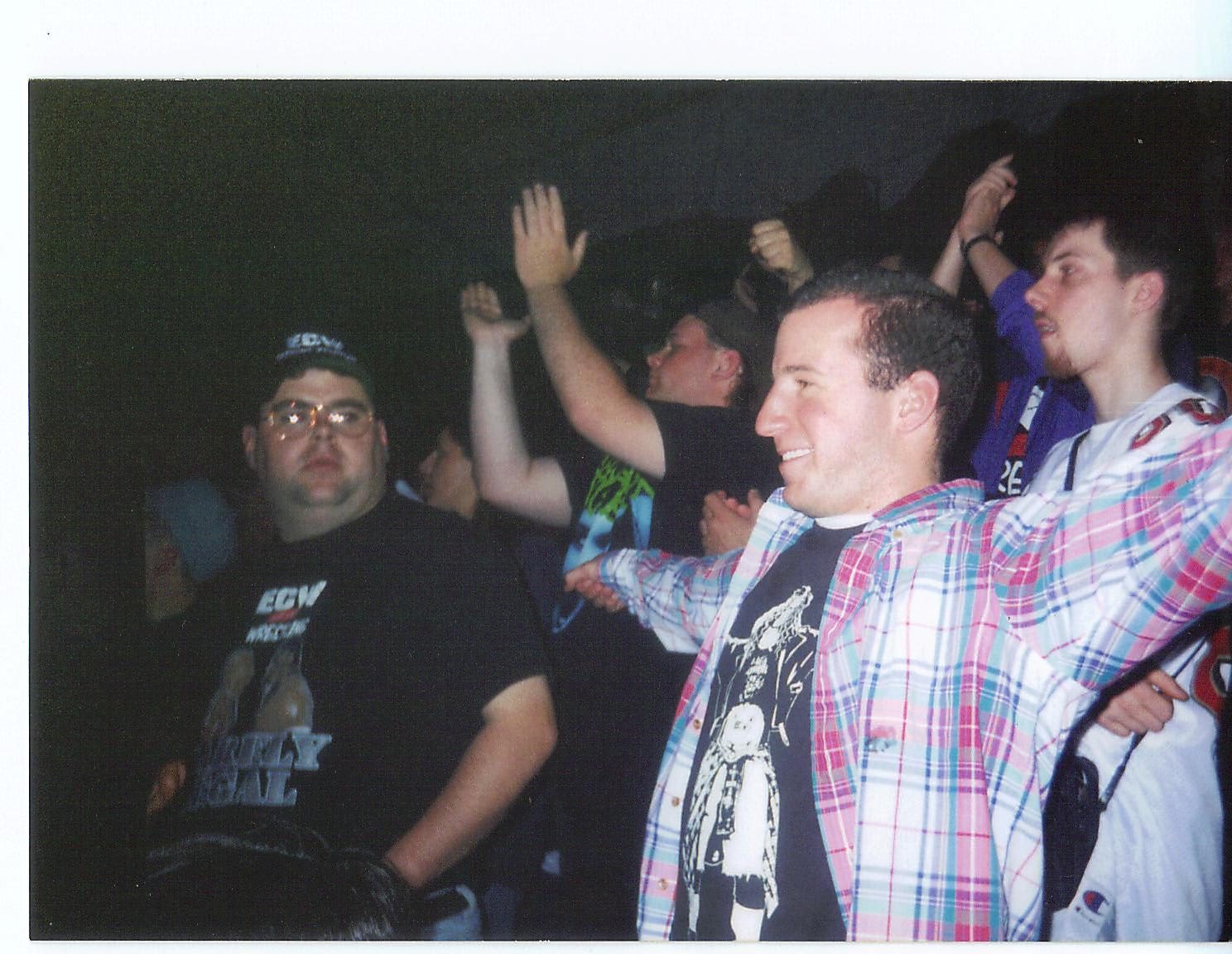 Which calendar year during ECW’s history had three of the top five most-attended shows? 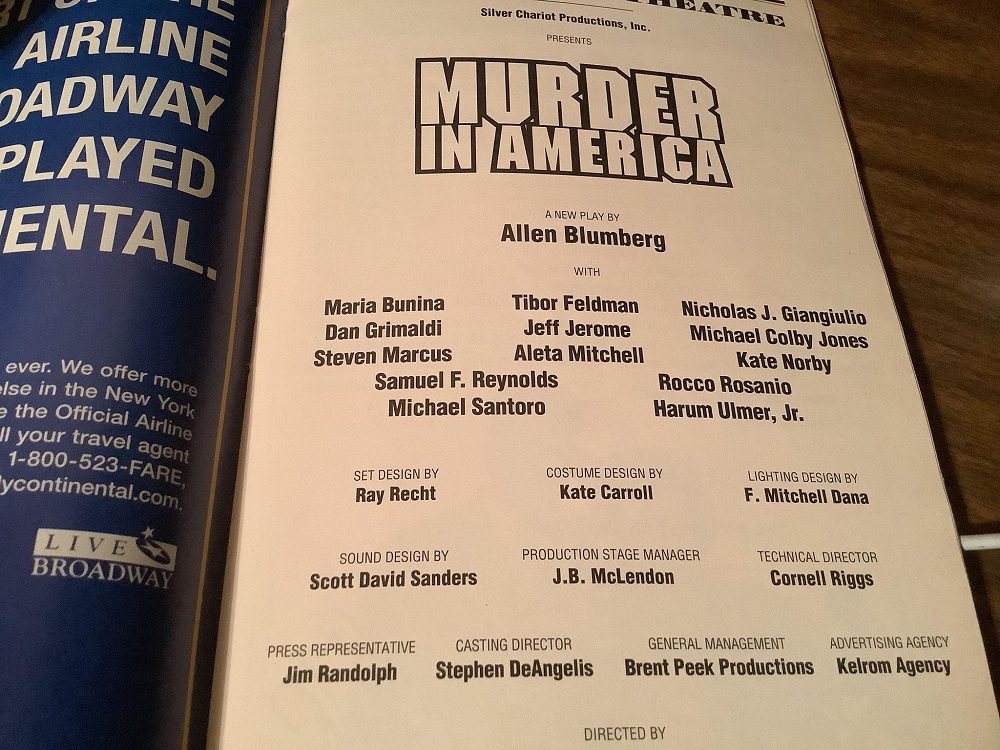 Answer: Murder in America, a play by Allen Blumberg. ECW ring announcer, Stephen DeAngelis was the casting director for the play. Thank you to Harry Slash for this piece of ECW trivia plus the photo below. Please check out Harry’s bio page to learn more about him as well as his making sure that the parties who worked on ECW’s music with him receive the attention they deserve for their roles in bringing you the music that so many wrestling fans loved when ECW operated. Harry Slash’s page here

Here is more about the play:

Here is more information about Harry’s background from his bio page:

In the late 80s and early 90s I was one of NYC’s more succesful club promoters, booking rock and alternative shows at The Space At Chase, The Grand (formerly “The Cat Club”), The Black Cat, The Ritz, The Lion’s Den, The Marquee, and many other venues. (Prior to that I ran gas stations and repair shops for my family.)

In 1993, I formed a band called “The Slashtones”. The Slashtones were a satirical rock band that featured some of the best musicians in New York and who’s material revolved around blending classic rock groves with classic television themes. From 1997 to 2001 I wrote, performed and produced original music for a television show called “Extreme Championship Wrestling”, including the show’s theme song. Besides ECW’s national television program, my songs have also appeared on a multitude of DVDs, CDs, video games, one internationally released documentary titled “Beyond The Mat” and an Off Broadway play titled “Murder In America”. My ECW music catalog was acquired by World Wrestling Entertainment (WWE) in 2006 and continues to be used in their television programs and DVD releases.

After the demise of ECW I continued to produce music for CD release and have worked with current and former members of such notable bands like Rainbow, Deep Purple, The Cult, The Uptown Horns, Billy Idol, Zebra, Riot, Ace Frehley’s Comet, Mountain, Dion, The John Entwistle Band, Buster Poindexter, Raging Slab, Murphy’s Law, The Honeydrippers, Mick Jagger, Carmine Appice’s Slamm, and a multitude of others.

What was the final match aired, as well as which ECW alumni were in the final segment ever aired, in the last episode of ECW on TNN?

The final match was a recap of Anarchy Rulz 2000 which had Joel Gertner defeat Cyrus. Others involved in that match include referee John Finegan, The Sandman, Spike Dudley, and Kid Kash. Elektra, who featured at the end of that match on the live PPV, was not included in this re-airing on the TNN episode.

The final segment was a locker room exchange between Justin Credible (with Francine) and Jerry Lynn. The episode was Episode #59 which aired on October 6, 2000.

Not including the impromptu in-match “cat fights” between them during matches where they were not announced wrestlers, how many official matches featured Francine and Beulah McGillicutty as announced opponents?

12 matches, including their one singles match + mixed tag-team and six-person tag team matches.

What were the first two title changes (of any championship) between wrestlers in the two eras of “ECW” (both Eastern and Extreme)?

For the Eastern era, the first title change was on April 26, 1992 when Johnny Hot Body defeated Jimmy Snuka for the Eastern Heavyweight title (Snuka had become the first ECW heavyweight champion the night before in a battle royal).

For the Extreme era, Eastern Championship Wrestling ceased to go by that name after Shane Douglas won the NWA world heavyweight championship tournament on August 27, 1994. Extreme Championship Wrestling starts the next day (August 28, 1994). The first title change of any belt was on November 4, 1994 when 2 Cold Scorpio defeated Jason Knight for the ECW Television Championship in Hamburg, PA (aired on ECW television roughly two weeks later). Dean Malenko then defeated 2 Cold Scorpio that same night for the title. The next night at the ECW Arena (November 5, 1994) The Public Enemy defeated Cactus Jack and Mikey Whipwreck for the ECW World Tag Team Championship. This last match is mentioned due to many believing that the tag team title change was the first in “Extreme” history, but the night before had the two title changes for Television Championship.

Thank you to fans: