You are here: Home / Updates

Just added today are several official YouTube channels and/or interview videos about their time in ECW from the following ECW alumni:

Just found a fun clip from a podcast last year with The Blue Meanie and Nick Hausman (Wrestling Inc.). At the 29:15 mark of the video below, Meanie talks about being on the old AOL chat rooms talking about ECW and tape trading; and one of the chat room members was Tony Khan, now the head of AEW. He also mentions PWInsider.com’s Mike Johnson as well. 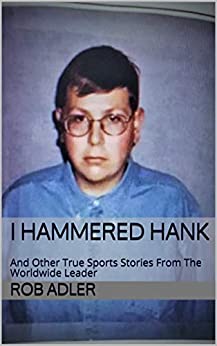 Which ECW alum’s uncle wrestled for Canada in the 1948 Olympics?

Luna Vachon. Her uncle, Maurice Vachon, wrestled in the 1948 Olympics.

Credit and thanks for this trivia question goes to longtime ECW fan Rob Adler. Please check out his book about funny stories during his time working at ESPN, including a hysterical behind-the-scenes story with ECW alumni Steve Austin and Tom Prichard.

What was the “ECW Street Team”?

Answer: According to the original ECWwrestling.com website archive, the “ECW Street Team” was an internship to help promote ECW in various cities across the country.

Here is the original wording:

Extreme Championship Wrestling is pleased to announce an internship that gives its fans the chance to help promote ECW in their hometown. ECW is presently seeking members for its Street Team. ECW is looking for people in some towns and cities that it runs shows in to help for one or two afternoons with the distribution of flyers and posters. We are looking for people to promote in their high schools, colleges, main shopping areas, sporting events and any other high traffic areas in their hometowns. ECW Street Team members will have access to free tickets, VIP entry, a special tee-shirt and possibly other rewards. This experience can also be used on resumes, college applications and for future job references. ECW was built; has survived; and has grown on the strength of its fans. This is your opportunity to make a direct impact on ECW’s success. We are looking for hard working, enthusiastic individuals to become members of Team Extreme. To sign up for ECW’s Street Team fill out the application found below. Thank you for your interest and support of ECW. Contact: Gabe Sapolsky at {phone number redacted} or ECWStreetTeam@aol.com  {email not active now}

If you are interested in joining ECW’s street team please cut and paste the following application, fill it out and send it to ECWStreetTeam@aol.com. Please put your location in the subject of the email. Thank you for you interest and support in Extreme Championship Wrestling.

Keep checking this section to see where ECW is putting together a Street Team next. If you are able to join the Street Team in one of the below areas fill out an application found elsewhere on this site and email to ECWStreetTeam@aol.com as soon as possible. Please make sure to put your area in the subject of the email. ECW currently seeks street members in the following areas:

Many ECW fans aren’t aware that one of the ways that the promotion was different from other wrestling promotions at the time was its interaction with the fans. While many people learn about ECW’s fans based on videos seeing fans chanting, handing weapons for the wrestlers to use, and other in-person fan interactions – ECW was different for its time due to its embracing technology.

On Raven‘s website home page (click here for his website), he referenced a chat which Paul Heyman had with fans on the old Prodigy online platform. This was very unique for its time as the promoter/owner was interacting and answering questions from fans around the world via a moderator who used Prodigy’s chat feature.

This link will take you directly to the full chat which took place in March 1997, after ECW appeared on WWF’s (now WWE) Monday Night Raw show – but before ECW’s first pay per view on April 13, 1997:

When you click the link, have fun and “go back in time” to 1997 as ECW was getting ready to go live with its first-ever PPV!

Here are just a few snippets from that chat:

C Biggles (Prodigy Member) If you could afford to move out of the arena and into someplace bigger,would you?

Paul Heyman (Speaker) We can…and we don’t want to. We may run bigger shows somewhere in Philly in the future, but until someone tells me why it shouldn’t be…ECW Arena is our home.

C Biggles (Prodigy Member) Who do you consider the best worker outside of your organization?

GreedyFly MO (Prodigy Member) Paul – What are your thoughts on the way Raw was produced this past Monday?

C Xyminez (Prodigy Member) If someone goes to your wrestling school,do you hire them upon graduation?

Paul Heyman (Speaker) One of our original goals for the House of Hardcore was to create a new source of talent. If you go to the House of Hardcore and you have what it takes to graduate, then you have what it takes to get in the ring, because they don’t release anybody to the open market until that person is really really ready…as evidenced by the compliments ‘The Rookie’ Chris Chetti has received. If you are willing to subject yourself to a training regiment that can only be compared to the United States

Paul Heyman (Speaker) Military meets a qualified wrestling Dogo call the House of Hardcore (redacted number). If you’re not serious about it, though, don’t waste your own time. If you are serious, I believe in my heart, it’s the best place to learn today.